A Fundraising Campaign To Energize One Of Canada's Prettiest Towns.

Anyone who knows us knows that we love to work on developing persuasive and compelling materials for important fundraising campaigns including the central collateral piece – the all-important case for support.

Our work on the Bawcutt Centre case for support has been one of our favourites for a number of reasons.

A little over a decade we met a widely respected fundraising consultant by the name of Wayne Hussey while working on the Care Grows West campaign for the Queensway Carleton Hospital. It quickly became obvious to us why Wayne is in such demand as a fundraising strategist and we clicked. Since that time, we have been very fortunate to be called in by Wayne to work on a number of important campaigns for a wide variety of inspiring not-for-profit clients.

Early in 2017, Wayne and his son Daniel Hussey of Wayne Hussey Consulting talked to us about a fascinating fundraising campaign that was being planned to transform one of Canada’s oldest municipal buildings into a centre of economic development and a dynamic social gathering place for the picturesque Ontario town of Paris.

An old hall is set to become a centre of inspiration, innovation and new beginings

Paris Old Town Hall was built in 1854 and is one of the oldest examples of Gothic architecture in a Canadian municipal building. Recently renamed the Bawcutt Centre in recognition of a transformational gift by the Bawcutt family, the reimagined and refurbished architectural gem will once again become the focal point of a close-knit community. When completed the Bawcutt Centre will become the centre of a revitalized county of Brant. Inside will be welcoming spaces for a farmers market, an artists market, a stunning community centre, a child and youth creativity centre as well as a small business innovation hub.

While working on the case for support for Bawcutt Centre was thoroughly enjoyable and rewarding, it was just as gratifying to discover so much more about Paris, Ontario – considered by many to be the prettiest little town in Canada. 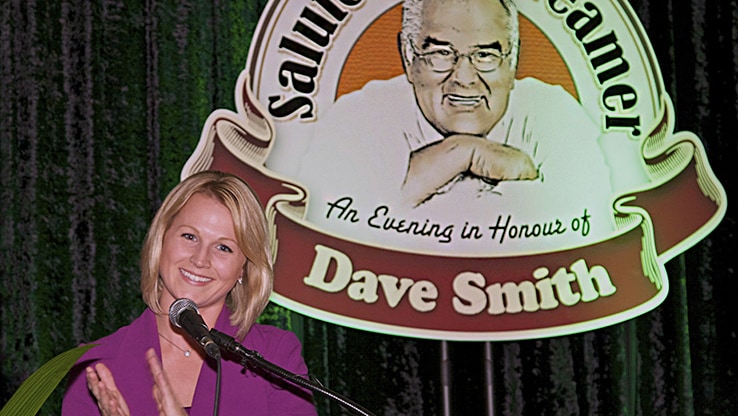